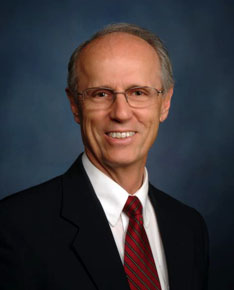 Thomas E. Dayley is a fifth-generation Idahoan. Growing up as the ninth of 12 children helped Tom formulate his basic values of the importance of hard work, reverence for the sanctity of life, and the need for personal responsibility. Tom is proud of his family, including his wife of 40 years, the former Catherine Kennington of Ontario, Oregon, his son, daughter, son-in-law and two grandchildren.

After receiving his BA in Political Science/Spanish at Brigham Young University, Tom continued his education with an MA in International Relations at the University of Southern California in Oxford, England. Tom served his country four years in the United States Air Force, where he received the Air Force Commendation Medal for meritorious service as the Noncommissioned Officer in Charge of the Target Materials Vault, Intelligence Division, 20th Tactical Fighter Wing.

He has worked extensively on Idaho issues in several capacities, such as the Idaho State Executive Director of the Agricultural Stabilization and Conservation Service (now the Farm Service Agency), the Executive Director of the Idaho Farm Bureau Federation, and Plant Industries Division Administrator of the Idaho State Department of Agriculture. He also worked as Idaho Subbasin Planning Coordinator for the Northwest Power and Conservation Council.

Tom has also accomplished legislative, constituent and other duties for various members of the Idaho Congressional Delegation including Senators Symms, Kempthorne, Craig and McClure.

An important part of Tom’s life has been active participation in community service. He has been involved with Boy Scouts of America, United Way, American Legion, and Rotary International. His bilingual skills have enabled him to offer translation services for a low income dental clinic, and to fill several roles with Meridian House International/ Foreign Visitor Program Service.